Welcome to Squaw Valley Lodge Event Calendar
Home » Archive: October 2012
Find fun things to do in North Lake Tahoe, California. There’s a fabulous variety of totally fun tourist attractions and things to do in North Lake Tahoe to suit every taste, from skiing and snowboarding in winter to fishing and water sports in the summer. Plus, there is plenty of dining, shopping and activities when it’s time to come inside. Whether you’re looking to hit the slopes or hit the shops, restaurants, spas or the casino tables, you’ll find it all in beautiful Lake Tahoe, California. The Squaw Valley Lodge provides the perfect spot to experience it all! With 2 to 3 feet of fresh snow on the ground in the past 24 hours, of course the only thing on our mind is Opening Day around Lake Tahoe.

Here’s the skinny on dates:

Have you heard about Squaw/Alpine’s new partnership with Sierra-at-Tahoe?! New and existing gold and silver passholders will now be able to ski/ride Sierra-at-Tahoe Sunday-Friday, non-holiday. Be sure to get your Tahoe Super Pass Plus!

If it’s October, it must be time for the Pumpkin Patch Carnival, a big part of the 8th Annual Tahoe City Harvest Festival. This entertaining event begins on Saturday, October 27, 2012 at 10:00 a.m. at Rideout Community Center and goes until 2:00 p.m. There will be tons of fun activities for kids of all ages, including carnival games, hay rides, a bouncy house, pony rides, and face painting. These activities will be run by various local groups that will also be selling lunch items and snacks. And don’t forget to check out the immensely popular giant pumpkin seed hunt on the playground. As for prices, they’re very reasonable. You can purchase an all-inclusive activity bracelet for just $10. Pumpkins range from $3 to $7.

The Tahoe City Harvest Festival, which is a great way to welcome in the cool fall weather, features many other family-friendly events. Running throughout the month of October, Scarecrows on Parade involves the entire community. Everyone is given a chance to put together a scarecrow for display all over town. Those who feel the creative urge must bring their creation to Heritage Plaza on October 2nd at 9:00 a.m. Cobblestone Oktoberfest is another highlight of the Festival. It takes place on October 8 and features everything from live music and beer to a wiener toss and pumpkin painting. And on October 13, Snowfest! Scarecrow Sprint & Stroll begins at River Ranch. It’s one heck of a fun run. Benefiting the Miners Foundry Cultural Center in Nevada City, CA ‘FRIGHT NIGHT’ is back with Led Zeppelin Tribute Band, Zepparella. Wear your frightful Halloween costume, and get ready to party down. Hungry or thirsty? Don’t fret; Rico’s Tacos food truck will be located at on-site, and a no host bar will be open as well. Advance tickets are $20, or $25 at the door. You can purchase them online HERE, or call 530.265.5040.

Though we pine for winter — for powder days, for that moment when your skis or board hit the slopes, we do appreciate autumn. The Truckee-Tahoe region in fall is captivating for visitors and locals alike. The Sierra Nevada dances with a rainbow of color from aspen trees, and Lake Tahoe shines a deep blue in the crisp fall mornings.  The lower foothills are brimming in harvest season: pumpkins, apples, squash, chestnuts; or you could even plan a wine or apple cider tasting! 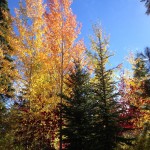 The colorful rainbow of pine and deciduous trees. 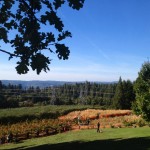 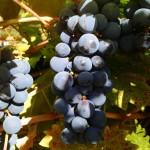 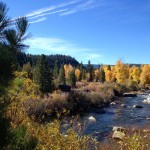 Truckee River in autumn, just days before our first predicted snowfall of 2012/13. A wave of aspen yellow along Highway 267. Great spot for family portraits! 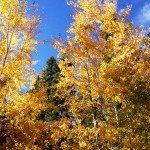 The aspens in bloom near Highway 89. 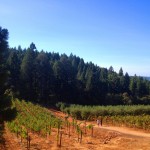 Have you picked your pumpkin for Halloween yet? 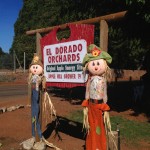 There are many U-Pick orchards in the Sierra foothills. Bring the whole family! Aspens on the beaches of North Lake Tahoe are a beautiful frame for blue waters. 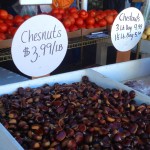 It’s harvest season! Get ready for some roasted chestnuts this fall/winter. 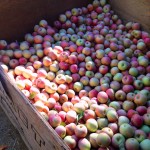 Learn about ghosts from Tahoe City’s past by taking part in the Gatekeeper’s Ghost Walk. This annual and very popular Halloween event gets underway on Thursday October 18, 2012 at 7:30 p.m. Want to combine your passion for skiing and getting a paycheck on the slopes?

Have you been pining to experience the life of a lift-op? To ski and ride for free?

Then check out some of the upcoming job fairs in the area at several North Lake Tahoe resorts! Who knows. You could be on first chair for a powder day this winter — that’s if you’re not working.

If you had a season of being a “Tahoe Ski Bum” where did you work? Lots of awesome Tahoe stories start off with, “The winter I moved to Tahoe…”

Enjoy a highly informative evening on October 13, 2012 at the Squaw Valley Institute, which presents Uncommon Conversations with Gretchen Morgenson, the New York Times columnist and best-selling author. She’ll be discussing her latest book, “Reckless Endangerment: How Outsized Ambition, Greed, and Corruption Led to Economic Armageddon.” Morgenson has written several other books, including “Forbes Great Minds of Business,” and “The Woman’s Guide to the Stock Market,” which she co-authored. In addition to her job as New York Times columnist, Morgenson is the newspaper’s assistant business and financial editor. Since 1998, she has been fiercely covering the global financial markets for the Times. In 2002, she won the Pulitzer Prize for her perceptive Wall Street reporting.

Named Nonprofit of the Year by the North Lake Tahoe Chamber of Commerce in 2006, the Squaw Valley Institute has become well respected for its top-notch programming in the North Lake Tahoe area that’s comprised of Squaw Valley, North Lake Tahoe, Truckee, and Incline Village. Open to the public, these events run the gamut from the environment, film and entertainment, and world affairs to extreme sports, adventure travel, and arts and sciences. In the past, the Institute has hosted a speaker series on Tahoe’s Environmental Politics, An Evening with Greg Mortenson, the author of “Three Cups of Tea,” and Uganda: Hope and Inspiration in the Pearl of Africa, a talk with mountaineer Glen Poulsen, philanthropist Uli Schmid-Maybach, and artist Keoki Flagg, who travelled to Uganda to chronicle the Maybach Family Foundation’s mentorship program.